The Densest of the Softwood

Douglas fir is considered one of the highest density coniferous trees for firewood, even considered better than birch by some. Douglas Fir firewood produces good heat value, moderate amounts of smoke, minimal snapping and crackling, and leaves little ash. Fir is easy to split and easy to start and is considered a great all-round user-friendly firewood for a mid-level price point.

Douglas Fir is great to use for indoor fireplaces, because of its higher density it burns slower and puts out more radiant heat for a longer period than other soft woods. Ask any of your friends from BC what they think of this firewood as it is VERY commonly used on that side of the mountains. 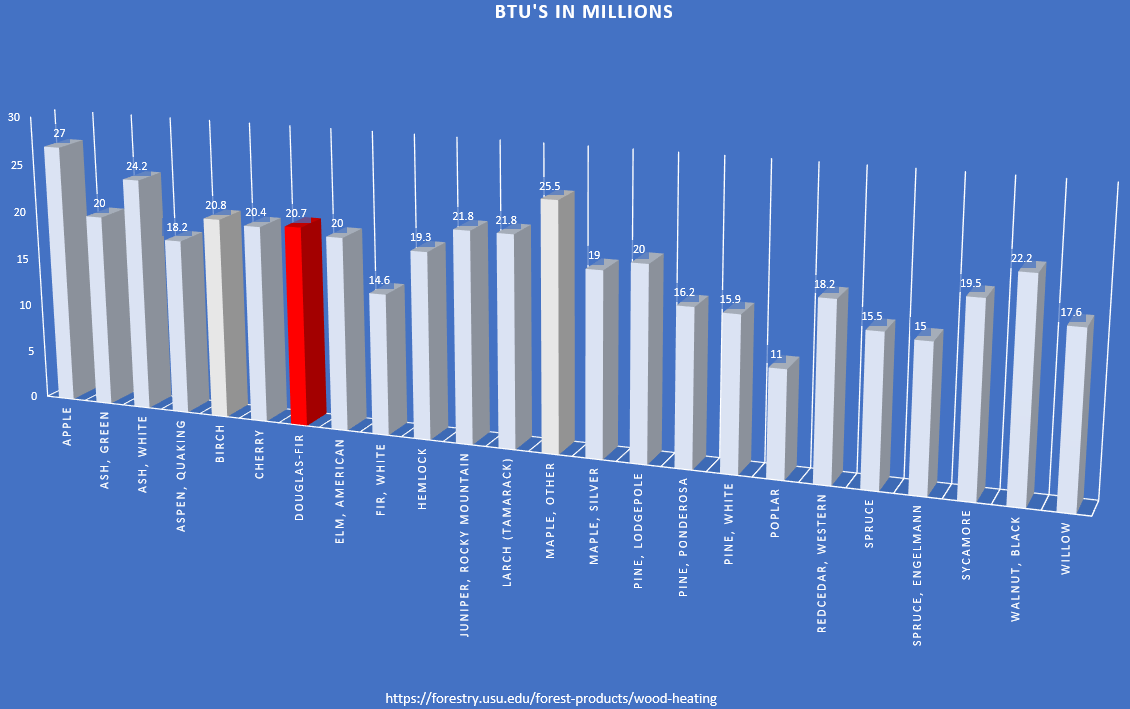